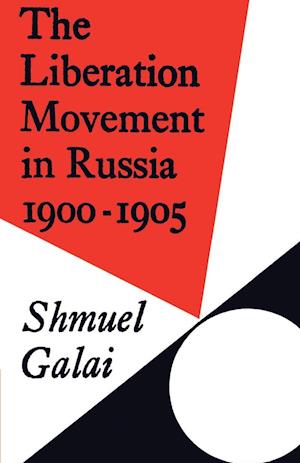 Historians of the Russian Revolution naturally tend to concentrate their attention upon the Bolshevik 'victors' and on the Mensheyiks - ideologically the closest of their rivals, - and to neglect other political movements. For the Russian Liberals at least, Dr Galai redresses this imbalance. This book traces the nineteenth-century origins of the Liberation Movement (also known as the Liberal Movement), the social and historical conditions which led to its formation in the first years of the twentieth century, its policies, influence, initial success and ultimate failure. Against the background of the political and social crisis culminating in the 1905 Revolution, Dr Galai traces the stages by which the Liberation Movement became supreme among the forces of opposition but ultimately was defeated and disintegrated. It failed to fulfil its aim of replacing Tsarist autocracy by a constitutional-democratic regime and to demonstrate effectively that there was an alternative to the extremes of Tsarism and Bolshevism.