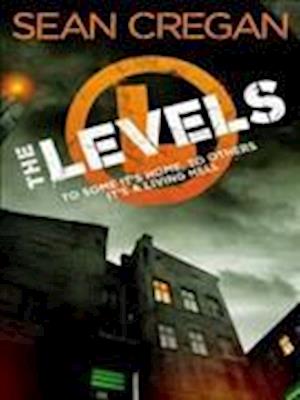 The explosive debut novel from the brilliant Sean Cregan - THE LEVELS is a dark, urban gothic thriller guaranteed to appeal fans of Child, Coben, Billingham and Kernick. On the outskirts of Newport, on the US East Coast, lies an abandoned, feral housing project: the Levels. Inhabited by Newport's forgotten homeless population, the Levels are run as a personal fiefdom by the all-powerful Sorrow. As THE LEVELS opens, ex-CIA agent Nate Turner, who is in the Levels to find out who has just tried to kill him, meets a 14-year-old girl Ghost. Ghost is a Fury, one of Sorrow's trained, drug-addicted assassins looking for a way back to her normal life. Also in the Levels is Kate, a suspended cop, who has been told that she has only days to live after being attacked, and infected, by the Beast, a serial killer working the streets. The Beast is out for revenge on Kate's new employer, who he believes created the infection that's killing him, an infection that has also been released into the Levels. Now Ghost is trying to escape Sorrow, Kate is looking for the Beast and Turner is looking for answers. One thing's for sure, some people aren't going to survive the fallout...

Forfattere
Bibliotekernes beskrivelse The brilliant debut novel from an outstanding new talent to the Headline list, Sean Cregan, THE LEVELS is a high-energy, fast-paced, dark gothic thriller set in the Levels, an abandoned housing project on the outskirts of Newport.