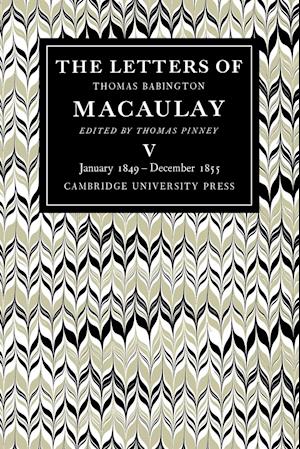 The years covered in this fifth volume of Macaulay's letters were a striking mixture of triumph and loss. The publication of the first part of The History of England at the end of 1848 set Macaulay at the top of his fame, not merely in England, but on the Continent and in America. Honours came pouring in, and the sales of his books began to make him a rich man. The publication of the second part of the History in 1855 was a publishing event of unparalleled magnitude: 25,000 copies were subscribed at once in England, and four times that number were quickly sold in the United States. To add to his triumph, the people of Edinburgh, who had so rudely and unexpectedly rejected him in 1847 as their representative in parliament, now recanted; though Macaulay refused even to appear before them, they insisted upon returning him to parliament, and did so in 1852.