The Letters of Margaret of Anjou 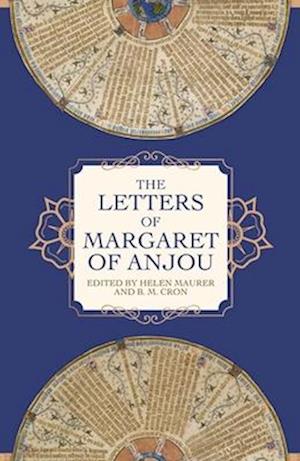 Margaret of Anjou remains a figure of controversy. As wife to the weak King Henry VI, she was on the losing side in the first phase of the Wars of the Roses. Yorkist propaganda vilifying Margaret was consolidated by Shakespeare: his portrait of a warlike and vengeful queen - "a tiger's heart wrapped in a woman's hide" - became the widely-accepted view, which up until recently had been little questioned. However, Margaret's letters, collected here in full for the first time, have their own story to tell - and present a rather different picture. In her words and the words of her contemporaries, both friend and foe, they reveal a woman who lived according to the noble standards of her time. She enjoyed the hunt, she practised her faith, and she tried to help or protect those who called upon her for assistance, as was expected of a queen and "good lady". Henry's mental breakdown, the birth of their son and growing tensions among the lords of the land forced her to step outside the life she would have expected to live. This study of Margaret's letters establishes the scope of a late medieval queen's concerns, while providing a unique account of this extraordinary woman. HELEN MAURER and B.M. CRON are both independent scholars; their work has focussed on Margaret of Anjou for many years.

Forfattere
Bibliotekernes beskrivelse New study and edition of the remarkable letter collection of Margaret of Anjou, bringing all her correspondence together in one volume for the first time.