The Letters of Jerome 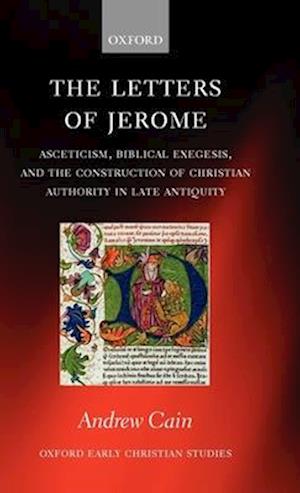 In the centuries following his death, Jerome (c.347-420) was venerated as a saint and as one of the four Doctors of the Latin church. In his own lifetime, however, he was a severely marginalized figure whose intellectual and spiritual authority did not go unchallenged, at times even by those in his inner circle. His ascetic theology was rejected by the vast majority of Christian contemporaries, his Hebrew scholarship was called into question by the leading Biblicalauthorities of the day, and the reputation he cultivated as a pious monk was compromised by allegations of moral impropriety with some of his female disciples. In view of the extremely problematic nature of his profile, how did Jerome seek to bring credibility to himself and his various causes? In this book, the first of its kind in any language, Andrew Cain answers this crucial question through a systematic examination of Jerome's idealized self-presentation across the whole range of his extant epistolary corpus. Modern scholars overwhelmingly either access the letters as historical sources or appreciate their aesthetic properties. Cain offers a newapproach and explores the largely neglected but nonetheless fundamental propagandistic dimension of the correspondence. In particular, he proposes theories about how, and above all why, Jerome used individual letters and letter-collections to bid for status as an expert on the Bible and asceticspirituality.