indgår i serie Routledge Studies in Radical History and Politics 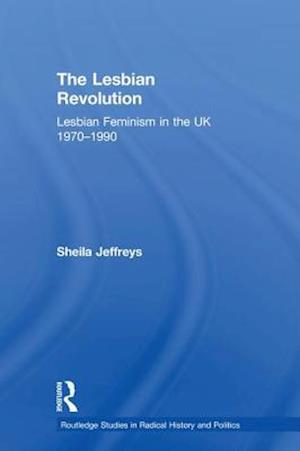 The Lesbian Revolution argues that lesbian feminists were a vital force in the Women's Liberation Movement (WLM). They did not just play a fundamental role in the important changes wrought by second wave feminism, but created a powerful revolution in lesbian theory, culture and practice. Yet this lesbian revolution is undocumented. The book shows that lesbian feminists were founders of feminist institutions such as resources for women survivors of men's violence, including refuges and rape crisis centres, and that they were central to campaigns against this violence. They created a feminist squatting movement, theatre groups, bands, art and poetry and conducted campaigns for lesbian rights. They also created a profound and challenging analysis of sexuality which has disappeared from the historical record. They analysed heterosexuality as a political institution, arguing that lesbianism was a political choice for feminists and, indeed, a form of resistance in itself. Using interviews with prominent lesbian feminists from the time of the WLM, and informed by the author's personal experience, this book aims to challenge the way the work and ideas of lesbian feminists have been eclipsed and to document the lesbian revolution. The book will be of key interest to scholars and students of women's history, the history of feminism, the politics of sexuality, women's studies, gender studies, lesbian and gay studies, queer studies and cultural studies, as well as to the lay reader interested in the WLM and feminism more generally.