The Legacy of Ovid's Pygmalion Myth on Screen 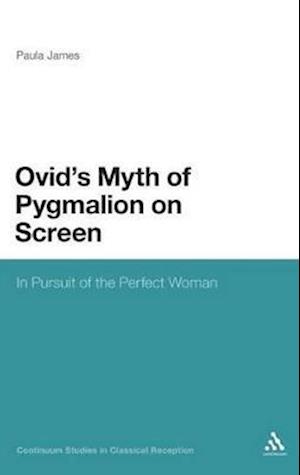 Exploration of the reception of Ovid's myth thorughout history in fiction, film and television. Why has the myth of Pygmalion and his ivory statue proved so inspirational for writers, artists, philosophers, scientists, and directors and creators of films and television series? The 'authorised' version of the story appears in the epic poem of transformations, "Metamorphoses", by the first-century CE Latin poet Ovid; in which the bard Orpheus narrates the legend of the sculptor king of Cyprus whose beautiful carved woman was brought to life by the goddess Venus. Focusing on screen storylines with a "Pygmalion" subtext, from silent cinema to "Buffy the Vampire Slayer" and "Lars and the Real Girl", this book looks at why and how the made-over or manufactured woman has survived through the centuries and what we can learn about this problematic model of 'perfection' from the perspective of the past and the present. Given the myriad representations of Ovid's myth, can we really make a modern text a tool of interpretation for an ancient poem? This book answers with a resounding 'yes' and explains why it is so important to give antiquity back its future."Continuum Studies in Classical Reception" presents scholarly monographs offering new and innovative research and debate to students and scholars in the reception of 'Classical Studies'. Each volume will explore the appropriation, reconceptualization and recontextualization of various aspects of the Graeco-Roman world and its culture, looking at the impact of the ancient world on modernity. Research will also cover reception within antiquity, the theory and practice of translation, and reception theory.