The Lawyer's Relic and a Grandfather's Dilemma 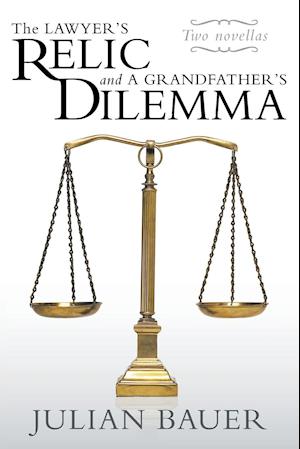 Author of the acclaimed historical novel, The Scholar’s Challenge, Julian Bauer now turns his unique writing abilities to two contemporary novellas, The Lawyer’s Relic and A Grandfather’s Dilemma. The first novella asks how an agnostic lawyer would react if he found a bloody napkin wrapped as a Christmas gift. Would he throw it away even if he found a card attached describing it as the burial face cloth of Jesus Christ? How would he react if supposedly miraculous events occurred? Would his legal skills play a factor in his search for an answer to what it all means?

The second novella puts a elderly man in a predicament. He faces death from old age and has settled all his worldly affairs when a middle-aged woman and her adult son show up on his doorstep. She claims the young man is his grandson. Is he? Moreover, she tells the old man that her son has major character flaws needing someone of his ability to redeem him. He refuses to take on the responsibility. She insists. In any case, how could an unwilling young man be changed? Is it possible that age can bring with it weapons of unusual teaching abilities?

Heartbreaking and enlightening, these powerful stories engage the reader in questions of faith and integrity. In writing these novellas, Julian utilizes all the investigative and managerial tools he gained in his career as CEO of his own company, executive in the Federal government, and national president of a nonprofit organization. He skillfully weaves two riveting tales around the benefits of trust and virtue.