The Law of Treason in England in the Later Middle Ages 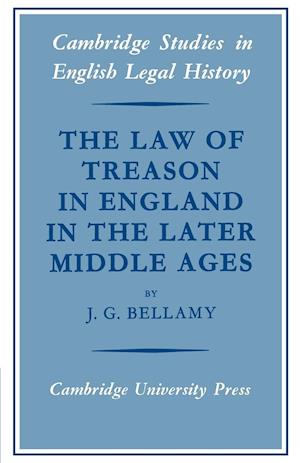 Professor Bellamy places the theory of treason in its political setting and analyses the part it played in the development of legal and political thought in this period. He pays particular attention to the Statute of Treason of 1352, an act with a notable effect on later constitutional history and which, in the opinion of Edward Coke, had a legal importance second only to that of Magna Carta. He traces the English law of treason to Roman and Germanic origins, and discusses the development of royal attitudes towards rebellion, the judicial procedures used to try and condemn suspected traitors, and the interaction of the law of treason and constitutional ideas.