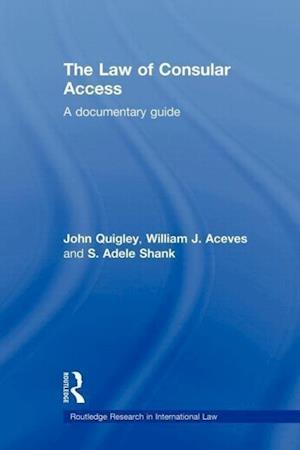 Over the past decade, there has been an explosion of litigation at the international and domestic levels concerning consular access for foreign nationals charged with a criminal offence. The issue has complicated relations between countries, with the majority of litigation involving the United States, which has adopted a restrictive view of the consular access obligation.This book brings together for the first time relevant documentary sources on the law of consular access. The book includes significant excerpts alongside commentary on the documents, allowing readers to draw their own conclusions. While presenting information on the Vienna Convention on Consular Relations, the book presents other sources, including bilateral consular agreements, multilateral treaties, and key court cases from various jurisdictions. Many of these sources are not readily accessible. The Law of Consular Access will be of interest to scholars of international law, human rights, and international relations. It will also be of interest to private and government lawyers, as well as diplomats and consuls.