The Law of Causality and Its Limits

- Frank, P: Law of Causality and Its Limits 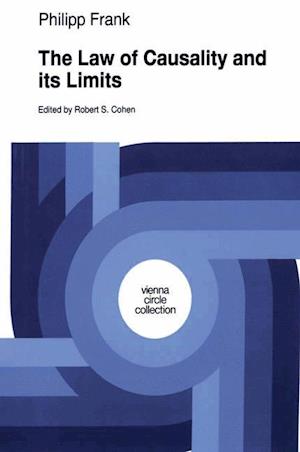 The Law of Causality and its Limits was the principal philosophical work of the physicist turned philosopher, Philipp Frank. Born in Vienna on March 20, 1884, Frank died in Cambridge, Massachusetts on July 21, 1966. He received his doctorate in 1907 at the University of Vienna in theoretical physics, having studied under Ludwig Boltzmann; his sub sequent research in physics and mathematics was represented by more than 60 scientific papers. Moreover his great success as teacher and expositor was recognized throughout the scientific world with publication of his collaborative Die Differentialgleichungen der Mechanik und Physik, with Richard von Mises, in 1925-27. Frank was responsible for the second volume, on physics, and especially noted for his authoritative article on classical Hamiltonian mechanics and optics. Among his earliest papers were those, beginning in 1908, devoted to special relativity, which together with general relativity and physical cosmology occupied him throughout his life. Already in 1907, Frank published his seminal paper 'Kausalgesetz und Erfahrung' ('Experience and the Law of Causality'), much later collected with a splendid selection of his essays on philosophy of science, in English (1941c and 1949g, in our Bibliography). Joining the first 'Vienna Circle' in the first decade of the 20th century, with Hans Hahn, mathematician, and Otto Neurath, sociologist and economist, and deeply influenced by studies of Ernst Mach's critical conceptual histories of science and by the striking challenge of Poincare and Duhem, Frank continued his epistemological investigations.