The Lateran Church in Rome and the Ark of the Co - with an edition and translation of the Descriptio n Lateranensis Ecclesiae (BAV Reg. Lat. 712) 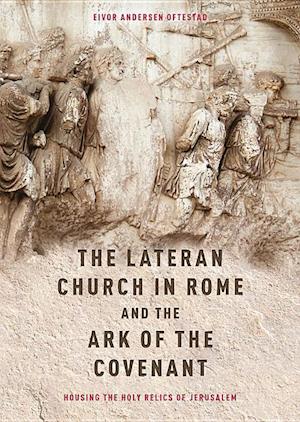 Why did the twelfth-century canons at the Lateran church (San Giovanni in Laterano) in Rome claim the presence of the Ark of the Covenant inside their high altar? This book argues that the claim responded to new challenges in the aftermath of the First Crusade in 1099. The Christian possession of Jerusalem questioned the legitimation of the papal cathedral in Rome as the summit of sacerdotal representation. To meet this challenge, what may be described as translatio templi (the transfer of the temple) was used to strengthen the status of the Lateran. The Ark of the Covenant was central as part of the treasure from the Jerusalem temple, allegedly transported to Rome, and according to contemporary accounts depicted on the arch of Titus. The author explores the history of the Lateran Ark of the Covenant through a reading of the description of the Lateran Church (Descriptio Lateranensis Ecclesiae), composed around 1100. She follows the transmission of the text both in the Lateran Archive and in a monastic settings in northern France and Belgium, comparing the claim to the Ark with similar claims in texts from Jerusalem. The book also includes a new edition of the Descriptio and an English translation. EIVOR ANDERSEN OFTESTAD holds a PhD in Church History.

Forfattere
Bibliotekernes beskrivelse An examination of the tradition that the Ark of the Covenant was held in a Roman church, and how it developed.