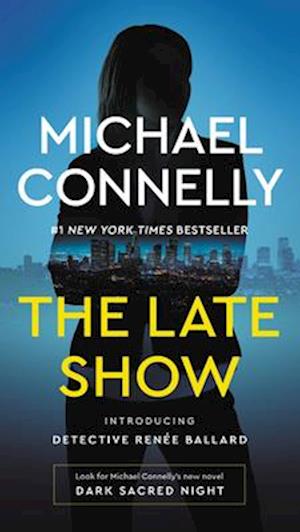 In this first installment of the Ren e Ballard series, #1 bestselling author Michael Connelly introduces a "complicated and driven" young detective fighting to prove herself on the LAPD's toughest beat (The New York Times).

Renee Ballard works the midnight shift in Hollywood, beginning many investigations but finishing few, as each morning she turns everything over to the daytime units. It's a frustrating job for a once up-and-coming detective, but it's no accident. She's been given this beat as punishment after filing a sexual harassment complaint against a supervisor.

But one night Ballard catches two assignments she doesn't want to part with. First, a prostitute is brutally beaten and left for dead in a parking lot. All signs point to a crime of premeditation, not passion, by someone with big evil on his mind. Then she sees a young waitress breathe her last after being caught up in a nightclub shooting. Though dubbed a peripheral victim, the waitress buys Ballard a way in, and this time she is determined not to give up at dawn. Against orders and her partner's wishes, she works both cases by day while maintaining her shift by night.

As the investigations intertwine, Ballard is forced to face her own demons and confront a danger she could never have imagined. To find justice for these victims who can't speak for themselves, she must put not only her career but her life on the line.

Propulsive as a jolt of adrenaline and featuring a bold and defiant new heroine, The Late Show is yet more proof that Michael Connelly is "a master of the genre" (Washington Post).

Forfattere
Bibliotekernes beskrivelse Taking his fans back inside the LAPD, #1 "New York Times"-bestselling author Connelly delivers a thriller, in a tall Premium Edition, that introduces a driven young detective trying to prove herself while working the night shift in Hollywood.