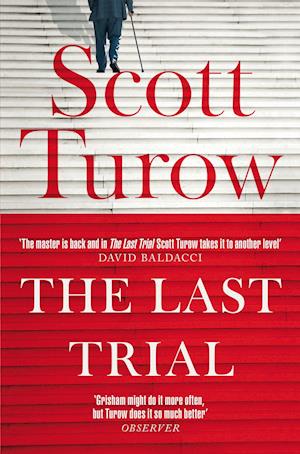 'The master is back and in The Last Trial Scott Turow takes it to another level' - David BaldacciFrom the bestselling author of Presumed Innocent, Scott Turow's The Last Trial recounts the final case of Kindle County's most revered courtroom advocate, Sandy Stern. On the brink of retirement, legendary defence attorney Sandy Stern is persuaded to take on one last case to defend an old friend.Dr Kiril Pafko, a former Nobel Prize winner and distinguished cancer researcher, is now, shockingly, facing charges of fraud, insider trading and even murder.As the trial progresses, Stern will question everything he thought he knew about his friend. Despite Pafko's many failings, is he innocent of the terrible charges laid against him? Stern's duty to defend his client and his belief in the power of the judicial system will face a final, terrible test in the courtroom, where the evidence and reality are sometimes worlds apart . . .