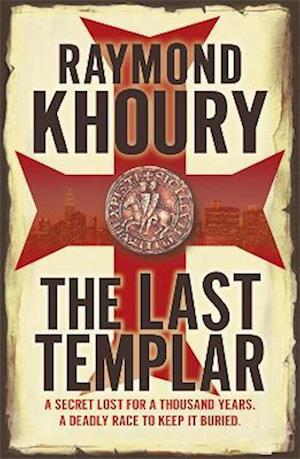 A secret lost for a thousand years. A deadly race to keep it buried...1291 AD, Acre. As the city burns under the onslaught of the Sultan's men, the Falcon Temple sets sail, carrying a small band of knights and a mysterious chest entrusted to them by the Order's Grand Master. But the ship vanishes without a trace...Present day New York. At the Metropolitan Museum, four horsemen dressed as Knights Templar storm the gala opening of an exhibition of Vatican treasures and, in a brutal and bloody attack, steal an arcane medieval decoder. For FBI agent Sean Reilly and archaeologist Tess Chaykin this is just the start of a deadly game of cat and mouse as they race across three continents in search of the ruthless killers - and a centuries-old mystery...

Forfattere
Bibliotekernes beskrivelse A secret lost for a thousand years. A deadly race to keep it buried...