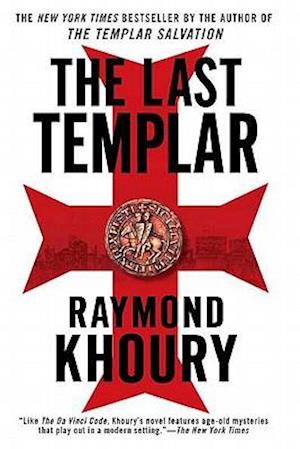 The first thrilling novel in Raymond Khoury's New York Times bestselling Templar series. In 1291, a young Templar knight flees the fallen holy land in a hail of fire and flashing sword, setting out to sea with a mysterious chest entrusted to him by the Order's dying grand master. The ship vanishes without a trace. In present day Manhattan, four masked horsemen dressed as Templar Knights stage a bloody raid on the Metropolitan Museum of Art during an exhibit of Vatican treasures. Emerging with a strange geared device, they disappear into the night. The investigation that follows draws archaeologist Tess Chaykin and FBI agent Sean Reilly into the dark, hidden history of the crusading knights--and into a deadly game of cat and mouse with ruthless killers--as they race across three continents to recover the lost secret of the Templars.