- The Autobiography of Henry Pu Yi, Last Emperor of China 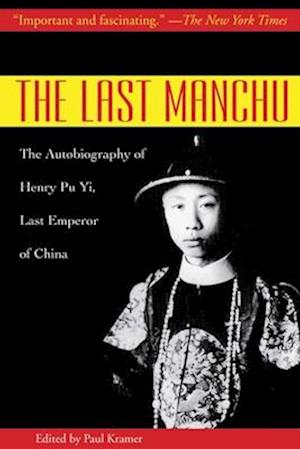 In 1908 at the age of two, Henry Pu Yi ascended to become the last emperor of the centuries-old Manchu dynasty. After revolutionaries forced Pu Yi to abdicate in 1911, the young emperor lived for thirteen years in Peking's Forbidden City, but with none of the power his birth afforded him. The remainder of Pu Yi's life was lived out in a topsy-turvy fashion: fleeing from a Chinese warlord, becoming head of a Japanese puppet state, being confined to a Russian prison in Siberia, and enduring taxing labor. The Last Manchu is a unique, enthralling record of China's most turbulent, dramatic years.