- A deadly plague is spreading across the land... 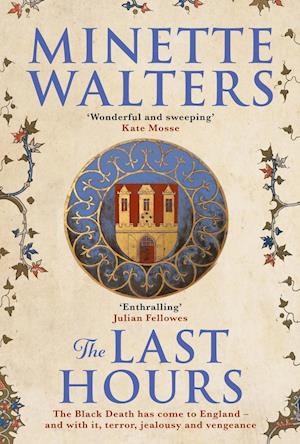 A deadly plague is spreading across the land...England, 1348: as the Black Death spreads through the country, people start to die by the thousands. In Dorset, young Lady Anne takes control of her lands, with her trusted steward, Thaddeus, at her side. Compassionate and resourceful, she decides to quarantine the estate against the terrifying pestilence, bringing some two hundred serfs inside the moated walls. But in such a confined space, conflicts soon arise. Ignorant of the world outside, Lady Anne's people wrestle with the terrible uncertainty of their futures. Fearing starvation but fearing the disease even more, who amongst them has the courage to leave the security of the walls?And how safe is anyone when a dreadful event threatens the uneasy status quo...?

Forfattere
Bibliotekernes beskrivelse Minette Walters has been a master of crime fiction for nearly two decades. Now this extraordinary writer turns her talents in a bold new direction; a sweeping, utterly gripping historical novel set during the time of the Black Death in Dorset.