indgår i serie The Scholomance 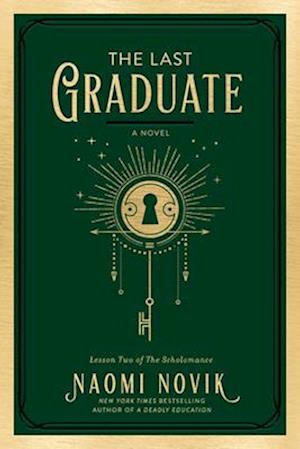 A budding dark sorceress determined not to use her formidable powers uncovers yet more secrets about the workings of her world in the stunning sequel to A Deadly Education, the start of Naomi Novik's groundbreaking crossover series. At the Scholomance, El, Orion, and the other students are faced with their final year--and the looming specter of graduation, a deadly ritual that leaves few students alive in its wake. El is determined that her chosen group will survive, but it is a prospect that is looking harder by the day as the savagery of the school ramps up. Until El realizes that sometimes winning the game means throwing out all the rules . . . Praise for A Deadly Education "The scholomance is the dark school of magic I've been waiting for, and its wise, witty, and monstrous heroine is one I'd happily follow anywhere--even into a school full of monsters."--Katherine Arden, New York Times bestselling author of The Bear and the Nightingale