The Languages and Literatures of Africa - The Sands of Babel

- The Sands of Babel 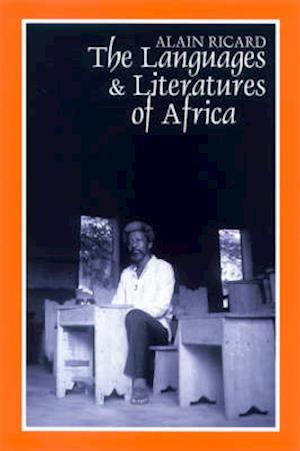 Expanded and updated from the earlier French edition Litteratures d'Afrique noire (1995), African literatures are presented in a new perspective focusing on the dialogue between languages and literatures. Orality is not always traditional, manuscripts are read aloud, and books have often been written in local languages, as well as in colonial languages. This book examines the dialogue between literatures written in different languages: Thomas Mofolo wrote in Sesotho and Sol Plaatje wrote in English but their novels Chaka (1926) and Mhudi (1931), should be read in counterpoint. The same could be said of Senghor and Soyinka, involved in a conversation on Africa's future that lasted for several decades. Many African writers write in several languages: from Okot p'Bitek (Acoli-English) to Ngugi wa Thiong'o (English-Gikuyu), and from Amadou Hampate Ba (Fula-French) to Alexis Kagame (French-Kinyarwanda). Focusing on linguistic consciousness and the place of language in the writer's consciousness, this book provides an original and comprehensive treatment of the African literary situation. North America: Africa World Press

Forfattere
Bibliotekernes beskrivelse An historical overview provides new insights into the literatures of Africa, both oral and written.