- my friends in the north 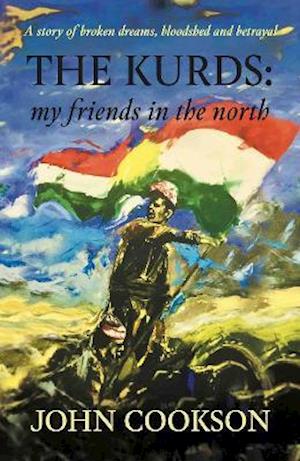 'The Kurd requires a beating one day and a sugar plum the next.' British Government official 1921 'Saddam throws a little gas, everyone goes crazy, "oh, he's using gas!''' former President Donald Trump 2019 Delving into history and mixing eye-witness accounts with compelling anecdotes from his journalistic career, John Cookson examines the Kurds' eternal quest for independence. He tells of his encounters with Kurdish guerillas in their mountain hideouts and of his travels with Kurdish smugglers. He documents survivors' stories from Saddam Hussein's genocidal campaign and reveals for the first time how Iraqi Kurdistan was saved from being overrun by murderous jihadis in the summer of 2014. He also digs through secret archives to discover why Sir Winston Churchill and Middle East titans like T. E. Lawrence and Gertude Bell made a fateful decision to leave the Kurds landlocked and doomed to an eternity of conflict.