The Kurds and the Politics of Turkey 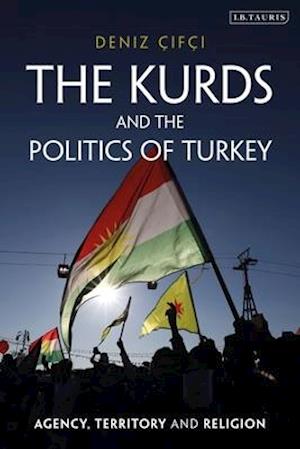 The Kurds constitute the largest stateless nation in the world. Their position in Turkey attracts attention both within the country and internationally, particularly focusing on the demand for Kurdish independence. Yet since the 1990s, new Kurdish parties have formed within Turkey who have a variety of ideologies and demands that go beyond, and differ in opinion on, the question of independence. Much of the present literature on the topic looks at the Kurds of Turkey as a homogenous group with unified political demands, which over-simplifies their position within the political backdrop of Turkey. This book seeks to provide nuance and depth to the current debate on Kurdish political agency and presence in Turkey. Presently, the Kurds' political demands can be classified into four categories; democratic autonomy, their cultural rights to be granted, federalism (territorial autonomies) and independence (creation of a Kurdish nation-state). In a broad sense, these models can also be ordered into two categories; territorial political models (federalism and independence) and non-territorial political models (democratic autonomy and cultural rights). Considering the diversity within the Kurdish community - intertwinement of tribal, ethnic and national identity - and differences in their language, religion and ideology, there are several contributing factors for the emergence of the current varied political demands of Kurds. By explaining variation among the Kurds' political demands through close analysis of existing at emerging parties, this study challenges a deterministic approach to the Kurds which currently dominates the discourse.