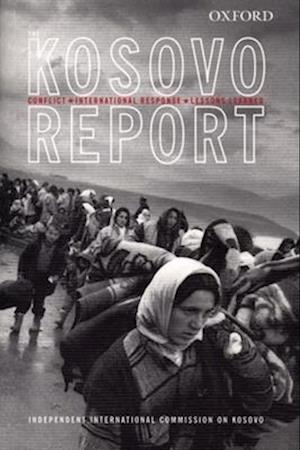 The war in Kosovo was a turning point: NATO deployed its armed forces in war for the first time, and placed the controversial doctrine of 'humanitarian intervention' squarely in the world's eye. It was an armed intervention for the purpose of implementing Security Council resolutions-but without Security Council authorization.This report tries to answer a number of burning questions, such as why the international community was unable to act earlier and prevent the escalation of the conflict, as well as focusing on the capacity of the United Nations to act as global peacekeeper.The Commission recommends a new status for Kosovo, 'conditional independence', with the goal of lasting peace and security for Kosovo-and for the Balkan region in general. But many of the conslusions may be beneficially applied to conflicts the world-over.

Forfattere
Bibliotekernes beskrivelse A report on the Kosovo conflict that seeks to attribute political responsibility of the key dimensions of the crises and analyses the key players in the conflict. The report outlines the implications for the future and lessons that are to be learnt for Kosovo and for the international community. numerous halftones