The King's Most Loyal Enemy Aliens

- Germans Who Fought for Britain in the Second World War 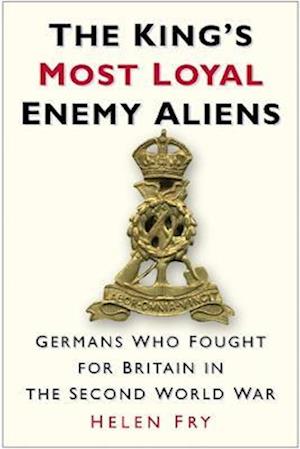 Most of the Germans and Austrians who fought with the British were Jews but a significant number were political opponents of the Nazi regime and so-called 'degenerate artists'. They arrived in Britain between 1933 and 1939, and at the outbreak of war on 3 September 1939 became enemy aliens. They volunteered to serve in the British forces, donned the King's uniform, swore allegiance to George VI and became affectionately known as the King's most loyal enemy aliens. This compelling story includes previously unpublished interviews with veterans and an impressive selection of archive photographs, many of which are reproduced for the first time.

Forfattere
Bibliotekernes beskrivelse This is the compelling story of the 10,000 German and Austrian nationals who fled Nazi persecution to join the British in their fight against Hitler during the Second World War.