The Kingdoms and the Elves of the Reaches 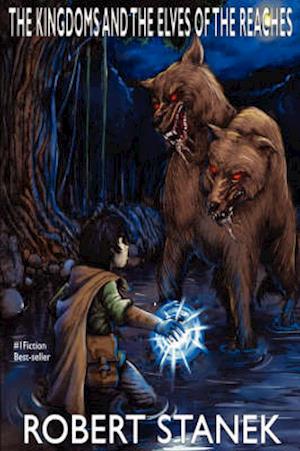 The #1 bestselling series finally back in print for the 20th Anniversary has been translated into 12 languages and sold over 5 million copies worldwide! Enter the fantasy world of Ruin Mist. After the Great War that divided the peoples, the kingdoms of men plunged into a Dark Age that lasted 500 years. To heal the lands and restore the light, the great kings decreed that magic and all that is magical, be it creature, man, or device, shall be cleansed to dust. The cleansing raged for so long that no human could recall a time without it and it is in this time that the Dark Lord Sathar returned from the dark beyond. The one hope of the peoples of Ruin Mist was Queen Mother, the elf queen of old. She saw a way out of everlasting darkness, a path that required the union of the divided peoples. And so it began.

ABOUT THE AUTHOR: A gifted and distinguished writer, respected and skilled teacher and recipient of our nation’s highest flying honor, the Distinguished Flying Cross, Robert Stanek wrote over 200 books of both fiction and nonfiction in his 30-year career. Although his works were published and/or distributed by nearly every major US publisher, including Simon & Schuster, Penguin Random House, Macmillan, Microsoft, McGraw-Hill, Hachette, and HarperCollins, Robert operated against the grain and became the first breakout author of the digital publishing movement. The first to serialize an ebook, the first to e-author a bestseller, and the first to e-author a digital audio bestseller. Robert is the recipient of multiple awards recognizing his outstanding contributions and excellence in writing, and a recent nominee for a Lifetime Achievement award. Translated into 57 languages, Robert Stanek’s books have sold nearly 20 million copies worldwide.

"Dramatic illustrations draw the reader into the Tolkienesque world of Ruin Mist, plunged into darkness after a Great War five hundred years past. Blaming magic for their demise, the Kings of Men have decreed that all things magical be destroyed. Yet despite their efforts, the magical Dark Lord is slowly returning to power. Stanek augments the beginning of this complex tale with illustrations that are sure to attract fans of graphic novels and classic Tolkien alike." -- VOYA - the leading magazine for YA librarians.

"This wonderful adventure reminds me of a cross between J.R.R. Tolkien, J.K. Rowling, Tad Williams, and C. S. Lewis."

"The world of literary fiction featuring elves and fairies has a multitude of great authors... of these authors Robert Stanek [is one]." -- The Complete Idiots Guide to Elves and Fairies