The Kingdom of God! 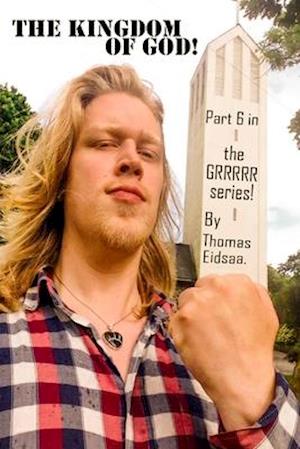 This was the first book I wrote. It was the Archangel Gabriel who told me to write about the coming governmental form of Utopian, Theocratic Christianity. It is a forbidden dream, even for Christian. A state somewhat like Israel, or Islamic countries, only with Christians. For there is no such nation in the world. This book will appeal to the Christian of all denominations, the conspiracy theorist, the Viking, the national-patriot, the anarchist, the right-winger, but also everyone else, as it criticizes taxation, flaws of democracy, governmental forms, politics, and political correctness from a future standpoint of formerly ethnic countries in the west. The book has two parts, with the first detailing conspiracy-reality surrounding Christian misconceptions about Talmud Judaism, Islam, the Quran, the Illuminati-freemasons, the New World Order, it s philosophies, and it s crimes against human rights and Christianity, before addressing replacement theology, and how Christians are the chosen people, and how the future must be a Christian, global Israel, and not a global Babylon. But if you think you re better because you re Christian, then you re wrong. I investigate, and attack everything from Christian apathy to Church corruption, apostasy, integration of immigrants and politics with content never before published in book-form.The second part investigates, and criticizes royalty, monarchy, and our sysem before coming with my own personal philosophy of Source, Love and Light as a common humanistic inter-religious ethic for all religions, and ethnicities. I then continue with the absolute best state model never before published, a theocracy without any taxes other than 10% to the State Church, as is Biblical, with a state ruled by saints in an intellectual-democratic model with internet democracy as demanded by the French yellow-vest protesters RIC. I outline every Christian s goal (8 goals of Christianity), and how to get there through reforming history, physics, science, and teaching our children Conspiracy Reality in private schools, or in summer youth-camps to get our own very first Christian nation.