The Kindergarten Dropout of Kapoho 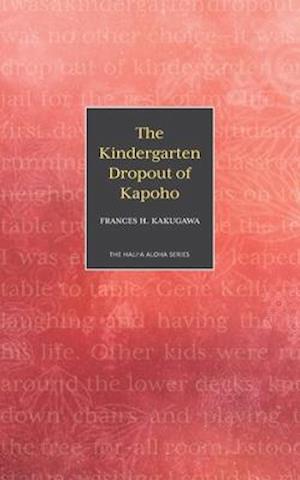 Who knew a "kindergarten dropout" could make it so far? Restless and headstrong, Frances Kakugawa was raised amid the anti-Japanese fervor of wartime Hawai'i. Back then, she longed to leave her hardscrabble hometown in the shadow of Kilauea, one of the world's most active volcanoes, with its kerosene lamps and outhouses stocked with Sears catalogs for toilet paper. As a child, Kakugawa pretended she was the long-lost daughter of the emperor who would reclaim her and restore her to her royal life-perhaps tomorrow, or maybe the next day. The imperial carriage never arrived, but Kakugawa did follow the path of her dreams, building a career as a teacher, an acclaimed poet and a nationally recognized authority on family caregiving and education.

The Hali'a Aloha Series publishes personal essays, memoir, poetry and prose. The series celebrates moments big and small, harnessing the power of short forms to preserve the lived experiences of the storytellers.