indgår i serie Cultures of Consumption 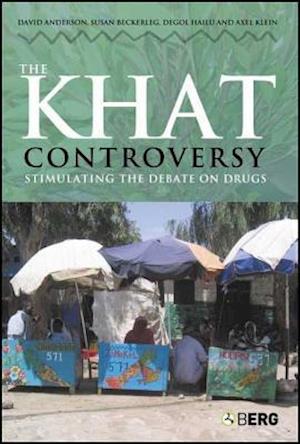 Khat. A harmless natural stimulant or a lethal epidemic sweeping through the international drugs trade? Khat is a natural substance that, in the Middle East, is as ubiquitous as coffee is in the West. It is hugely popular in some African and Arab populations. But critics contend that it is a seriously addictive stimulant that damages the cardiovascular system.In a groundbreaking study, the authors go behind the veil of the drug, questioning its availability and its effect on its Red Sea producers. Interwoven with case studies from Djibouti to Rome, The Khat Controversy goes deeper to explore contemporary issues relating to globalization, ethnicity and culture. With its popularity escalating in London, Rome, Toronto and Copenhagen, khat is fast becoming a problem in the West. The first study of this contested drug, The Khat Controversy provides a concise introduction to the issues surrounding khat usage and suggests how policymakers should address them.The Khat Controversy: Stimulating the Debate on Drugs has received an honorable mention for the African Studies Association's 2008 Melville J. Herskovits Award