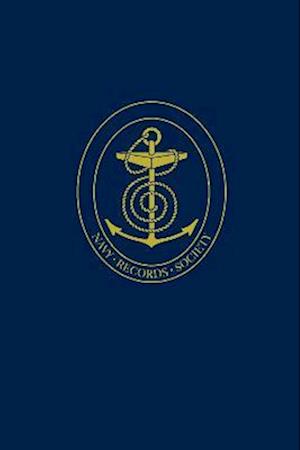 George Keith Elphinstone, Lord Keith (1746-1823) was a Scottish naval officer who entered the navy as a penurious midshipman towards the end of the Seven Years War. He had a long career at sea, during which he missed taking part in any major battle, but held major commands throughout the Revolutionary and Napoleonic Wars (except 1807-1812).He is chiefly known for his skill in commanding very large fleets, often spread over a very wide area, and for the consequent prize money which made him the richest naval officer of his day. He also gained a reputation for being very keen on acquring it. These three volumes only represent a small fraction of the documents in Keith's very large personal collection of letter and order books and loose documents in the National Maritime Museum, which occupies 124 foot of shelf space.Apart from a small section representing Keith's role in the naval mutinies of 1797, this volume reproduces documents from Keith's commands in the Mediterranean between 1798 and 1802. The first notable incident was the escape of Admiral Bruix and his fleet, which Keith, perhaps unluckily, failed to catch and bring to battle.In 1799 Keith became Commander-in-Chief at a difficult time, not helped by a prickly and uncooperative Nelson at Palermo and Naples. Malta was captured in September 1800, after which Keith's concerns switched to the Eastern Mediterranean. Here he had to deal with that other difficult naval officer Sidney Smith, who, after distinguishing himself at the Siege of Acre, signed the controversial Convention of El Arish.Keith's particular triumph was his close cooperation with General Sir Ralph Abercromby in the difficult landing of the British army at Aboukir Bay in 1801, and the defeat of the French army in Egypt.