The Kalam Cosmological Argument For God 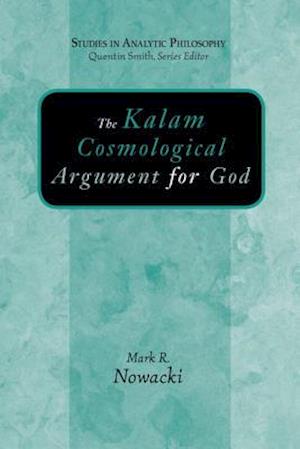 Approximately 1500 years ago John Philoponus proposed a simple and compelling argument for the existence of God: (1) Whatever comes to be has a cause of its coming to be; (2) The universe came to be; (3) Therefore, the universe has a cause of its coming to be.Due to the influence of William Lane Craig - analytic philosopher, Christian apologist, champion of Philoponus's position, and author of The Kalam Cosmological Argument - this argument and the family of subarguments that support it have come to be known as the Kalam Cosmological Argument (KCA). The term kalam comes from Medieval Arabic philosophy and broadly means "natural theology" or "philosophical theism."Despite being one of the most widely discussed and hotly debated arguments in philosophy today, it has been more than twenty-five years since any systematic presentation of the argument as a whole has been attempted. The present book helps remedy that situation, laying bare the logical structure of the KCA as it has emerged from continuous philosophical refinement. A handy taxonomy of major objections and replies to the KCA has been included as an aid to understanding the argument and its background literature.This book breaks new ground by arguing that future progress on the KCA requires that the argument be situated within a substance-based metaphysics. In addition to providing an analytic account of substances, this book describes a modal theory sensitive to the possibilities and necessities that obtain for substances. With these conceptual tools, the characteristic thought-experiments supporting the KCA can be properly assessed.