The Kabbalah of Forgiveness: The Thirteen Levels of Mercy In Rabbi Moshe Cordovero's Date Palm of Devorah (Tomer Devorah) 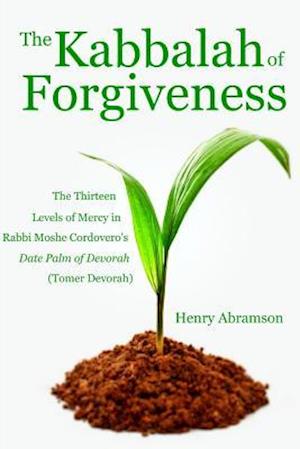 The Kabbalah of Forgiveness is a new translation of the first chapter of Rabbi Moshe Cordovero's classic work Date Palm of Devorah (Tomer Devorah) with a modern commentary by Dr. Henry Abramson. Emerging from the 16th-century Safed Circle, a group of kabbalists working in northern Israel, Date Palm of Devorah earned a rare place in the history of Jewish ethical literature, primarily based on the glorious introductory chapter that discusses the Thirteen Levels of Mercy and how these Divine attributes can be applied in daily life. Steeped in metaphysics and mysticism, Date Palm of Devorah brings the loftiest, most esoteric concepts of Judaism and translates them to the everyday realities of human interaction. The profound value of this work for personal moral development prompted many renowned scholars to exempt it from the ban on the study of Kabbalah for students under the age of 40. The 17th-century Rabbi Isaiah Horowitz (known as the Shela ha-Kodesh) advocated its study in particular during the period between Rosh Hashanah and Yom Kippur, and Rabbi Israel Salanter (the 19th-century founder of the Musar movement) promoted its study during the preceding month of Elul as well. The Hasidic Rabbi Chaim Halberstam (known as the Divrei Chaim) asserted that studying Date Palm of Devorah has the power to cure many diseases, and today many pious students review the book on a monthly basis to address both physical and spiritual ailments.The Kabbalah of Forgiveness is an extended meditation of Thirteen Levels of forgiveness, exploring how we may emulate God to forgive others, and in some cases, to forgive ourselves as well.