- how six unlikely heroes saved thousands of Jews from the Holocaust 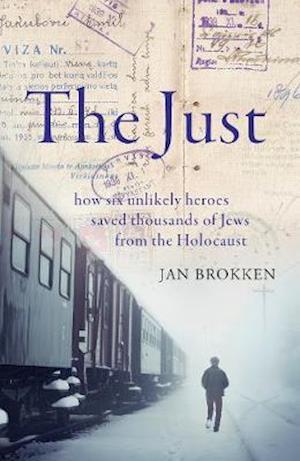 The remarkable story of how a consul and his allies helped save thousands of Jews from the Holocaust in one of the greatest rescue operations of the twentieth century.In May 1940, desperate Jewish refugees in Kaunas, the capital of Lithuania, faced annihilation in the Holocaust - until an ordinary Dutch man became their saviour.Over a period of ten feverish days, Jan Zwartendijk, the newly appointed Dutch consul, wrote thousands of visas that would ostensibly allow Jews to travel to the Dutch colony of Curacao on the other side of the world. With the help of Chiune Sugihara, the consul for Japan, while taking great personal and professional risks, Zwartendijk enabled up to 10,000 men, women, and children to escape the country on the Trans-Siberian Express, through Soviet Russia to Japan and then on to China, saving them from the Nazis and the concentration camps.Most of the Jews whom Zwartendijk helped escape survived the war, and they and their descendants settled in America, Canada, Australia, and other countries. Zwartendijk and Sugihara were true heroes, and yet they were both shunned by their own countries after the war, and their courageous, unstinting actions have remained relatively unknown.In The Just, renowned Dutch author Jan Brokken wrests this heroic story from oblivion and traces the journeys of a number of the rescued Jews. This epic narrative shows how, even in life-threatening circumstances, some people make the just choice at the right time. It is a lesson in character and courage.