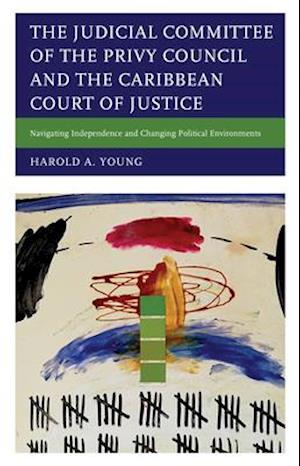 Countries that have a domestic final appellate court have established a judicial institution over which they have control as part of the policymaking governing structure and how they view other existing and emerging extraterritorial courts will be influenced by their perception of the court and the role it will play when the policies of the governing coalition are challenged. This book analyzes that phenomenon in terms of the broader construction and understanding of the state in the era of international law, legal tribunals, and globalization. By zooming in on the Judicial Committee of the Privy Council (JCPC), an ancient colonial court, Harold Young examines how the Caribbean Community, specifically, the 15 former British colonies comprising the Caribbean Basin are navigating their changing political environments and transitioning to its own extraterritorial court, the Caribbean Court of Justice. Using historical reviews, descriptive analyses, and statistical methodologies Young finds that the choice to retain the JCPC at independence is influenced by the colonial experience, the length of colonial rule, and how deeply embedded the JCPC is on the governing structures of the new state.

Forfattere
Bibliotekernes beskrivelse This book examines the Judicial Committee of the Privy Council, an ancient colonial court, and how the Caribbean community, specifically, the fifteen former British colonies of the Caribbean Basin, are navigating their changing political environments during the transition to its own extraterritorial court, the Caribbean Court of Justice.