- Or How to Get a British Passport 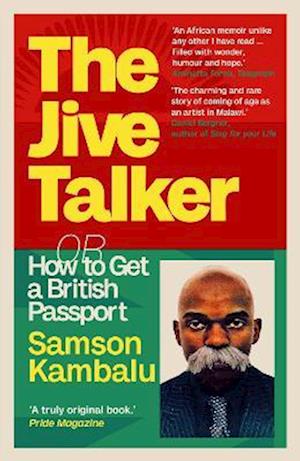 A uniquely vivid and wickedly funny memoir of growing up ambitious, creative and sometimes hungry in Malawi.With exuberant prose, a cast of extraordinary characters and a rebellious spirit, Samson Kambalu tells the story of how a little boy obsessed with fashion, football, Nietzsche and Michael Jackson won a free education at the Kamuzu Academy ('The Eton of Africa') and began his journey to art school and artistic success.The son of a philosophising, hard-drinking, poorly paid hospital manager, Kambalu's award-winning conceptual work is shown in galleries across the world, and still evokes that childhood landscape of literary excitement, family chaos and music; post-colonial injustice, poverty and Aids.

Forfatter
Bibliotekernes beskrivelse A uniquely vivid and wickedly funny memoir of growing up ambitious, creative and sometimes hungry in Malawi, by the award-winning conceptual artist.