- Passages from the "History" 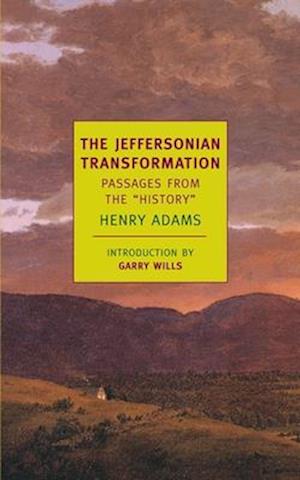 A New York Review Books Original The ideal introduction and companion to Adams's "massive and magisterial" history of the administrations of Jefferson and Madison, presenting an indelible picture of America's startling rise to world power. Henry Adams's nine-volume History of the United States of America During the Administrations of Jefferson and Madison is the first great history of America as well as the first great American work of history, one that rivals Gibbon's Decline and Fall of the Roman Empire in its eloquence and sweep. But where Gibbon told of imperial collapse, Adams recorded the rise of an unprecedented new power, America, which, he shows, beat nearly inconceivable odds to expand in a mere seventeen years --1800 to 1817--from a backward provincial outpost to an imperial power. What made this transformation all the more unexpected was that it occurred under the watch of two presidents who were in principle dead set against it, but whose policies promoted it energetically. A masterpiece not only of research and analysis but of style and art, Adams's history is a splendid coming-of-age story, with romantic and even comic overtones, recording a young nation's amazed awakening to its own unsuspected promise. The Jeffersonian Transformation presents a new selection from Adams's History, the first to bring together in one volume the opening and closing sections of the work, with an introduction by the historian and political commentator Garry Wills. The two sections of Adams's History included here present a bold picture of America before and after the Jeffersonian transformation. Together they define the scope and argument of the History as a whole, while raising still-provocative questions about the relationship between American democracy and American empire.