The Jarawara Language of Southern Amazonia 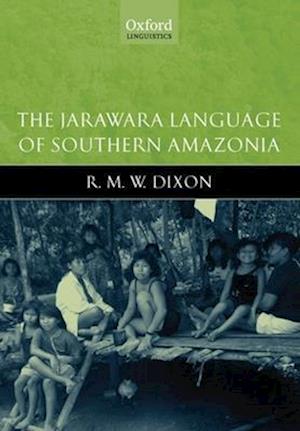 This is the first account of Jarawara, a Southern Amazonia language of great complexity and unusual interest, and now spoken by less than two hundred people. It has only two open lexical classes, noun and verb, and a closed adjective class with fourteen members which can only modify a noun. Verbs have a complex structure with three prefix and some twenty-five suffix slots. There is an eleven-term tense-modal system with an evidentiality contrast(eyewitness/non-eyewitness) in the three past tenses. Of the two genders, feminine and masculine, feminine is unmarked. There are at least eight types of subordinate clause constructions, including complement clauses, relative clauses, coreferential dependent clauses, and 'when', 'if', 'due to the lack of' and 'becauseof' clauses.There are only eleven consonants and four vowels but an extensive set of ordered phonological rules of lenition, vowel assimilation and unstressed syllable omission. There are four imperative inflections (with different meanings) and three explicit interrogative suffixes within the mood system. The book is entirely based on field work by the authors.

Forfattere
Bibliotekernes beskrivelse The first account of Jarawara, a Southern Amazonia language of great complexity and unusual interest, by one of the world's leading linguists. 2 maps, 4pp halftone platesPRIZES:Winner of Winner of the 2006 Leonard Bloomfield Book Award.