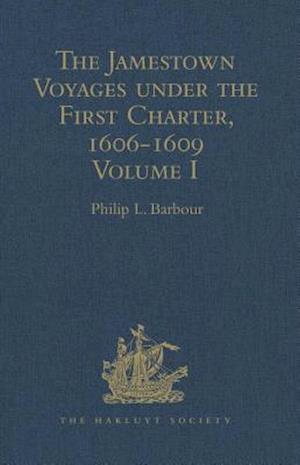 In December 1606, 120 emigrants left London in three small vessels. They landed nearly five months later in Virginia and founded a settlement which they called Jamestown. Thus the first permanent English colony was established in America. During the first few years, the colony was beset by extreme hardship. The local Indians regarded the settlement as infringement of their territory and were hostile to the settlers. Famine, plague and internal dissension also took their toll. The settlers relied for survival on provisions and men brought from England. The ships travelled the long route by way of the Canaries and the Caribbean and were always in danger of attack by the Spanish. In these 2 volumes Mr Barbour has collected all the known documents relating to the Jamestown voyages during the life of the original charter. He has annotated them and translated those written in languages other than English. In his introduction he reviews the early sources, in particular books about the early history of the colony written by emigrants. This collection gives a graphic and fascinating contemporary picture of the first few years of the colony out of which the United States was destined to grow. Includes a combined list of names of the original planters up to about 1 October 1608. The main pagination of this and the following volume (Second Series 137) is continuous. This is a new print-on-demand hardback edition of the volume first published in 1969.