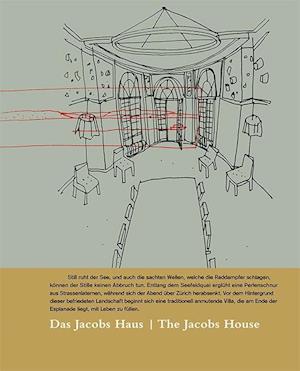 Built in 1913 for a local politician and engineer and beautifully situated on the shore of Lake Zurich, this handsome villa today is home to the Jacobs Foundation and the Johann Jacobs Museum. It was acquired in the 1980s by the Jacobs family, who had been in the coffee, tea, and cocoa trade in Bremen since 1895 but eventually sold the business to an international conglomerate in the 1990s. The Johann Jacobs Museum focuses on the history and present of global trade routes. Its exhibitions and educational program revolves around cultural hybrids that develop sometimes intentionally, sometimes incidentally along the main routes and byways of trade. This new book tells the story of the Jacobs House and offers an introduction to the goals of the Jacobs Foundation and the museum. It also documents the building's extensive reconstruction by Basel-based architects Miller & Maranta, who have made major changes to its structure with equal measures of radicalism and sensitivity while entirely preserving its character and style.

Forfattere
Bibliotekernes beskrivelse The story of an exceptional lakeside house in Zurich, and introduces the concept and program of Zurich's Johann Jacobs Museum.