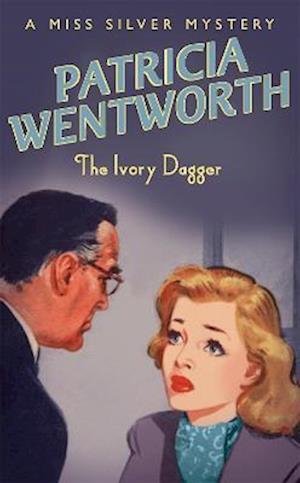 Bill Waring, collecting his wits in hospital after a train crash, receives only one letter from Lila Dryden, his fiancee. When he discovers Lady Dryden, Lila's guardian, has pressured her into an engagement with Herbert Whitall, he is furious. Herbert Whitall is aggressive, with a cold-hearted possessiveness that expands past the bounds of his ivory collection he can't bear to lose. His employees hate him, Lila is terrified of him and it appears he has a hold on Lady Dryden. When a dagger in Whitall's collection becomes the instrument of his own death there are many suspects. Maud Silver must see that justice is done, not merely to punish the guilty, but to protect the innocent.