The Islamist Challenge and Africa 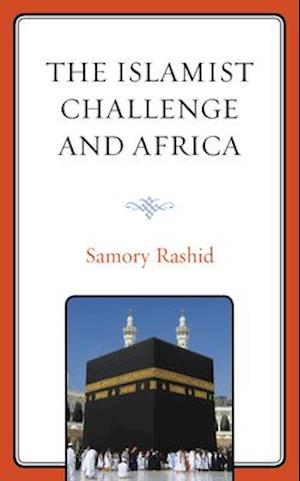 The Islamist Challenge and Africa explores Islamist militancy in Africa south of the Sahara, one of the most dangerous regions in the world. More people have died from political conflict in Africa than in any other place on earth. Between 1999 and 2008, Africa experienced thirteen major armed conflicts, the highest of any region. Between 1993 and 2014 Africa witnessed no less than 50 per cent of the world's genocides and politicides. The Islamist Challenge examines, (1) al-Shabab, an al-Qaeda ally, (2) al-Qaeda in the Islamic Maghreb, (3) Boko Haram, an ISIS ally and (4) other Islamist insurgencies among Africans. Boko Haram alone may have killed as many as 31, 000 mostly African civilians since 2009, a figure that ranks among the highest in the world. Boko Haram's leader has threatened the West, the US and its President, making his challenge both African and international despite the fact that most Americans have never heard of him. But the Paris attacks of 2015 with roots in France's 2005 "riots" by mostly brown and black militants with links to North and West Africa suggests the danger is no less real. Africa has never been a priority among policy makers and is the only world region whose top military command center, AFRICOM is located a continent away in Stuttgart, Germany. But a 6,000-page classified report released in 2018 after the ambush and killing of four US soldiers in Niger in 2017 suggests that this may be about to change. The Islamist Challenge examines Islamist militancy's longstanding presence among Africans, Islamist militancy's distinct ideological features among Africans and ways to minimize if not eliminate its violence. One critic describes the challenge as one that presents a choice not between war and peace but between war and endless war! Whether this is true or not, a change in Africa's status among policy makers is long overdue. The adage: let not the important be the enemy of the urgent may be a warning to policy makers to abandon the error of marginalizing Africa and Africans before it is too late. The Islamist Challenge underscores this warning.