- Politics and Religion in Western Europe 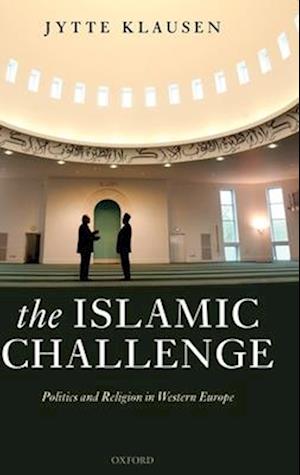 The voices in this book belong to legislators, local officials, doctors and engineers, educators and intellectuals, lawyers and social workers, owners of small businesses, translators, and community activists. They are also all Muslims, who have decided to become engaged in political and civic organizations. And for that reason, they constantly have to explain themselves, mostly in order to say who they are not. They are not fundamentalists, not terrorists, and mostdo not support the introduction of Islamic religious law in Europe - especially not its application to Christians. This book is about who these people are, and what they want.This book is based on three hundred interviews with European Muslim leaders from six European countries: Sweden, Denmark, the Netherlands, Great Britain, France, and Germany. The question of Islam in Europe is not a matter of global war and peace but raises difficult questions about the positions of Christianity and Islam in public life, and about European identities. There is not one Muslim position on how Islam should develop in Europe but many views, and most Muslims are rather looking forways to build institutions that will allow European Muslims to practice their religion in a way that is compatible with social integration.

Forfattere
Bibliotekernes beskrivelse Who are Europe's Muslim leaders? How do they view Islamic integration into European society and politics? Based on 300 interviews with Muslim leaders, this innovative book tackles big questions to reveal what Muslim leaders in Europe really want and the myriad ways in which Islam can become a European religion. Numerous tables