- Broun, D: Irish Identity of the Kingdom of the Scots in the 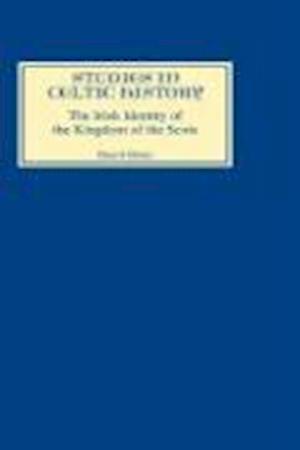 The close ties between Gaels of Ireland and Scotland are well known, but in the twelfth and thirteenth centuries the elite in the core areas of the kingdom of the Scots apparently turned their backs on Gaelic culture. This book takes a new look at the issue, investigating the extent to which Scottish men of letters of the period identified the Scottish kingdom and its inhabitants with Ireland, and exploring the function of the kingdom's Irish identity. Dr Broun argues that a perceived historical link with Ireland was a fundamental feature of the kingdom's identity throughout the period, and discusses the beginnings of a Scottish national identity in the 1290s and early 1300s. His evidence is based on a thorough examination of accounts of Scottish origins, the royal genealogy, and regnal lists, which articulated perceptions of the kingdom's identity; included are new editions of the origin-legend material in Book I of Fordun's Chronica Gentis Scottorum; hitherto unknown witnesses of Scottish king-lists; and texts of the royal genealogy.Dr DAUVIT BROUNis lecturer in Scottish history at the University of Glasgow.

Forfattere
Bibliotekernes beskrivelse An examination of the Scottish kingdom's historic links with Ireland, and the beginnings of a Scottish national identity from c. 1290.