The Invention of a New Religion 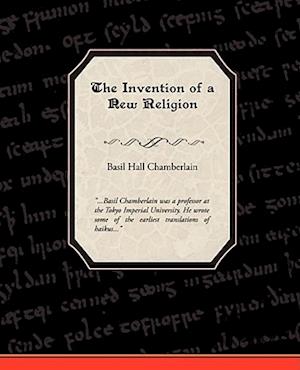 Basil Chamberlain was a professor at the Tokyo Imperial University. He wrote some of the earliest translations of haikus. His best known work is the encyclopedia Things Japanese. This was a popular one volume informal discussion of Japanese written in 1890. Chamberlain begins this pamphlet by saying, "Mikado-worship and Japan-worship--for that is the new Japanese religion--is, of course, no spontaneously generated phenomenon. Every manufacture presupposes a material out of which it is made, every present a past on which it rests. But the twentieth-century Japanese religion of loyalty and patriotism is quite new, for in it pre-existing ideas have been sifted, altered, freshly compounded, turned to new uses, and have found a new centre of gravity."