- Writing between Discipline and State

indgår i serie Worlding Beyond the West 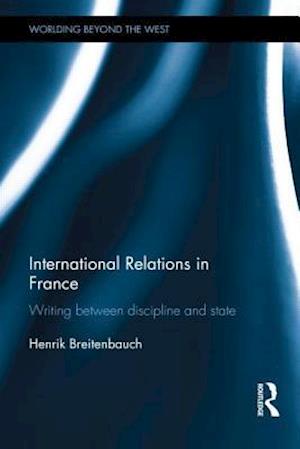 Why is the French International Relations (IR) discipline different from the transnational-American discipline? By analysing argument structures in research articles across time, this book shows how the discipline in France is caught between the American character of the discipline and the French state as regulator of legitimate forms of expression. Concretely, French research arguments are less explicit about what their propositions are and what academic discussions they draw on and add to than their transnational-American counterparts. Based on a comparative case study of French and American IR research from 1950 to 2011, the book is a major contribution to the meta-IR literature on global, regional and national traditions of IR. The challenge to the French discipline of whether and how to position itself in relation to the evolving American discipline is in many ways exemplary for other non-American national IR disciplines, and the choices as well as the structural conditions underlying the French case are relevant to all non-Western disciplines.The comparative analysis moreover reveals that the modern American discipline -- what is considered as recognisable social science -- takes shape only during the 1970s. The book thus offers new knowledge about the discipline's international development as such. Both case and methodology are interesting to larger audiences outside IR, in the history and sociology of social science, contrastive rhetoric, as well as French and cultural studies.