The Institutionalization of Science in Early Modern Europe

indgår i serie Scientific and Learned Cultures and Their Institutions 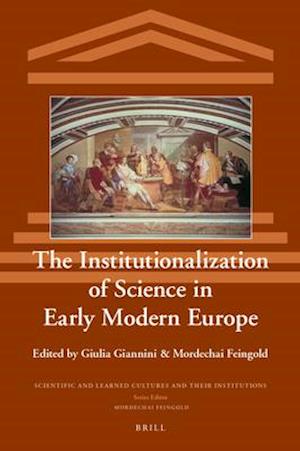 This volume aims to furnish a broader framework for analyzing the scientific and institutional context that gave rise to scientific academies in Europe--including the Accademia del Cimento in Florence; the Royal Society in London; the Acad mie Royale des Sciences in Paris; and the Academia naturae curiosorum in Schweinfurt. The essays detail the multiple backgrounds that prompted seventeenth-century savants--from Italy to England, and from Poland to Portugal--to establish new forms of scientific organizations, in which to institutionalize collaborative research as well as modes of communication with like-minded individuals and associations.