The Inscription of Queen Katimala at Semna

- Textual Evidence for the Origins of the Napatan State (Volume 7) 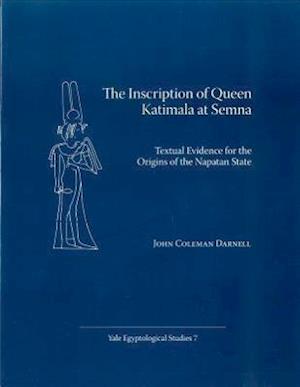 This is the first complete translation and commentary on the important tableau and inscription of Queen Katimala/Karimala at Semna. Proper understanding of the paleography, grammar and content reveals Katimala to have been a Nubian ruler at the time of the Twenty-First to Twenty-Second Dynasties of Ancient Egypt. She emerges as a political and military leader who took control of at least Lower Nubia in the wake of failed military activities on the part of a male predecessor. Katimala's inscription is not illegible, as has often been stated, but is a well-composed Lower Nubian example of a politico-religious manifesto applying many of the conventions of early Egyptian literary and historical compositions.