The Inquisitor in the Hat Shop 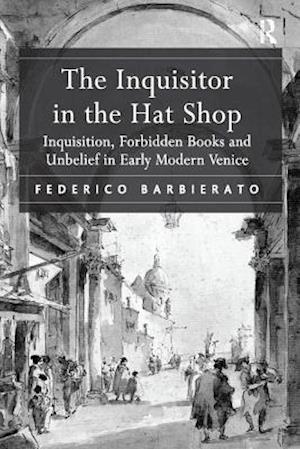 Early modern Venice was an exceptional city. Located at the intersection of trade routes and cultural borders, it teemed with visitors, traders, refugees and intellectuals. It is perhaps unsurprising, then, that such a city should foster groups and individuals of unorthodox beliefs, whose views and life styles would bring them into conflict with the secular and religious authorities. Drawing on a vast store of primary sources - particularly those of the Inquisition - this book recreates the social fabric of Venice between 1640 and 1740. It brings back to life a wealth of minor figures who inhabited the city, and fostered ideas of dissent, unbelief and atheism in the teeth of the Counter-Reformation. The book vividly paints a scene filled with craftsmen, friars and priests, booksellers, apothecaries and barbers, bustling about the city spaces of sociability, between coffee-houses and workshops, apothecaries' and barbers' shops, from the pulpit and drawing rooms, or simply publicly speaking about their ideas. To give depth to the cases identified, the author overlays a number of contextual themes, such as the survival of Protestant (or crypto-Protestant) doctrines, the political situation at any given time, and the networks of dissenting groups that flourished within the city, such as the 'free metaphysicists' who gathered in the premises of the hatter Bortolo Zorzi. In so doing this rich and thought provoking book provides a systematic overview of how Venetian ecclesiastical institutions dealt with the sheer diffusion of heterodox and atheistical ideas at different social levels. It will be of interest not only to scholars of Venice, but all those with an interest in the intellectual, cultural and religious history of early-modern Europe.