- Why Vision Is Not a Cognitive Process

indgår i serie Philosophy of Mind 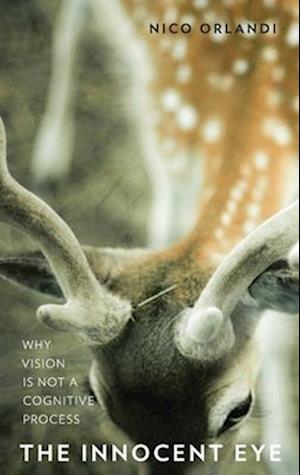 Why does the world look to us as it does? Generally speaking, this question has received two types of answers in the cognitive sciences in the past fifty or so years. According to the first, the world looks to us the way it does because we construct it to look as it does. According to the second, the world looks as it does primarily because of how the world is. In The Innocent Eye, Nico Orlandi defends a position that aligns with this second, world-centeredtradition, but that also respects some of the insights of constructivism. Orlandi develops an embedded understanding of visual processing according to which, while visual percepts are representational states, the states and structures that precede the production of percepts are not representations.If we study the environmental contingencies in which vision occurs, and we properly distinguish functional states and features of the visual apparatus from representational states and features, we obtain an empirically more plausible, world-centered account. Orlandi shows that this account accords well with models of vision in perceptual psychology - such as Natural Scene Statistics and Bayesian approaches to perception - and outlines some of the ways in which it differs from recent'enactive' approaches to vision. The main difference is that, although the embedded account recognizes the importance of movement for perception, it does not appeal to action to uncover the richness of visual stimulation.The upshot is that constructive models of vision ascribe mental representations too liberally, ultimately misunderstanding the notion. Orlandi offers a proposal for what mental representations are that, following insights from Brentano, James and a number of contemporary cognitive scientists, appeals to the notions of de-coupleability and absence to distinguish representations from mere tracking states.

Forfattere
Bibliotekernes beskrivelse Why does the world look to us as it does? As Nico Orlandi argues, it is simply because of how the world is. This answer emerges from understanding vision as situated in a structured environment, and it contrasts with the view that visual perception involves an inference.