The Influence of Demographic Stochasticity on Population Dynamics 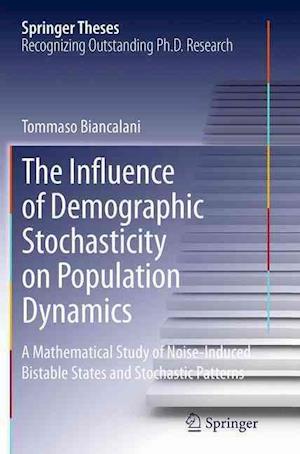 The dynamics of population systems cannot be understood within the framework of ordinary differential equations, which assume that the number of interacting agents is infinite. With recent advances in ecology, biochemistry and genetics it is becoming increasingly clear that real systems are in fact subject to a great deal of noise. Relevant examples include social insects competing for resources, molecules undergoing chemical reactions in a cell and a pool of genomes subject to evolution. When the population size is small, novel macroscopic phenomena can arise, which can be analyzed using the theory of stochastic processes. This thesis is centered on two unsolved problems in population dynamics: the symmetry breaking observed in foraging populations and the robustness of spatial patterns. We argue that these problems can be resolved with the help of two novel concepts: noise-induced bistable states and stochastic patterns.