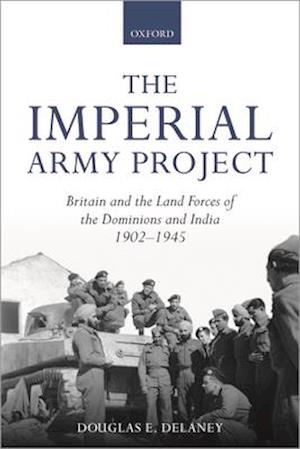 How did British authorities manage to secure the commitment of large dominion and Indian armies that could plan, fight, shoot, communicate, and sustain themselves, in concert with the British Army and with each other, during the era of the two world wars? What did the British want from the dominion and Indian armies and how did they go about trying to get it? Douglas E Delaney seeks to answer these questions to understand whether the imperial army project wassuccessful.Answering these questions requires a long-term perspective - one that begins with efforts to fix the armies of the British Empire in the aftermath of their desultory performance in South Africa (1899-1903) and follows through to the high point of imperial military cooperation during the Second World War. Based on multi-archival research conducted in six different countries, on four continents, Delaney argues that the military compatibility of the British Empire armies was the product of adeliberate and enduring imperial army project, one that aimed at standardizing and piecing together the armies of the empire, while, at the same time, accommodating the burgeoning autonomy of the dominions and even India. At its core, this book is really about how a military coalition worked.

Forfattere
Bibliotekernes beskrivelse This book reveals the method by which the British army organized their land forces throughout the empire to make an army of standardized pieces that could be multiplied, expanded, and joined together in time of war; a military coalition that worked throughout the early twentieth century, even as the dominions and India became more autonomous. 46 black and white images, figures, and mapsPRIZES:Winner of Honourable mention for the 2018 C.P. Stacey Prize, awarded by the Canadian Committee for the History of the Second World War and the Canadian Commission for Military History Shortlisted for the 2018 Templer Medal Book Prize, awarded by the Society for Army Historical Research.